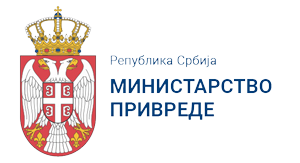 Western European Cooperation in Legal Metrology (WELMEC) established in the Memorandum of Understanding in 1990 by the 15 EU Member States and three EFTA Member States, in connection with the preparation and implementation of the directive on “New Approach”. This title has been replaced by the “European Cooperation in Legal Metrology” in 1995, but remains synonymous with WELMEC. Than WELMEC accepted associate membership of countries that have signed agreements with European Union. WELMEC main goal is to establish a coherent and consistent approach to European legal metrology. WELMEC, with its Working Groups, participate in development of Directives and Guides in the field of legal metrology, establishing methods for the application of the directive, so that they apply identically across the EU. WELMEC advises the European Commission and the Council concerning the development of the Directive on measuring instruments (MID). Republic of Serbia became in 2008 an associate member of the European Cooperation in Legal Metrology (WELMEC). Membership in WELMEC allows us to effectively transpose the Directive into national legislation and take the same obligations with all EU Member States, in a manner that is fully harmonized with EU legislation.